Railway Rolling Stock Operator
of the Republic of Kazakhstan

Ruslan Uteyev: “We have not lost a single client or fired a single employee”

Ruslan Uteyev gave an exclusive interview to “The Eurasian” magazine.

For almost two months, from March 16 to may 11, the country was in a state of emergency. Under strict quarantine, companies had to completely rebuild their operations. Premium oil TRANS LLP (part of PTC Holding) is one of the first companies that managed to switch to the remote format quickly, and by 100%. Managing online was not easy, says CEO Ruslan Uteyev, but the company coped with all the tasks without allowing any production failures or loss of human resources

– Ruslan, with what achievements did your company enter the difficult year of 2020?

– We have been working on the market of Kazakhstan since 2011. Today, Premium oil TRANS LLP is the largest operator of freight railway rolling stock in the oil and gas sector. We provide three domestic refineries (Atyrau, Shymkent, Pavlodar) with the availability of tanks. On average, we transport about 15 million tons of oil and oil products in Kazakhstan per year.

And last year they declared themselves in Russia. This is a significant and historical event. In July 2019, for the first time, a Kazakh operator started loading from the Orsk oil refinery. And that was us. Currently, up to 1,500 tank cars are used on the territory of the Russian Federation every day.

The geography of transportation has changed, and with it logistics. We had to reallocate the Park and actively involve the regions bordering Russia, such as the West Kazakhstan, Aktobe and North Kazakhstan regions.

Also in 2019, Premium oil TRANS LLP became the “Best exporter company in Kazakhstan” for positioning its services in foreign markets. About 30% of our transportation structure is export.

– How long has the company been preparing to enter the Russian market? What did it take?

– We went to this gradually, systematically. The process took about three years. We were known and heard about in Russia. In addition, the plants that are located near the Kazakh-Russian border are convenient for us, and we are convenient for them.

– Why did the Russians give you preference?

“It’s simple. We offer the best transportation conditions in the region. Russia exports petroleum products to Central Asia. When returning cars, we have the opportunity to offer our foreign customers more profitable logistics chains and save partners money on an empty fare. This is due to the fact that Premium oil TRANS has a huge number of proven optimal routes in Kazakhstan. This is our main competitive advantage over Russian operators.

– How do you plan to further develop the Russian direction?

– For the huge Russian market, of course, we are a drop in the ocean. Today, due to the pandemic, the state of emergency that was in effect in Kazakhstan, and the quarantine in Russia, a difficult situation has developed. April and partly may there was no loading. About 1000-1500 tanks were idle. Kazakhstan gradually, not as quickly as we would like, but began the process of restoring the operation of enterprises and returning to the pre-quarantine period. Therefore, it is still difficult to talk about plans. But we are optimistic about the future. There are already a lot of cars on the streets, there are traffic jams in the city, the demand for oil products has gone, the cars have gone.

– The coronavirus pandemic has covered the Earth and plunged the world into another global crisis. How is your company coping with the economic consequences of COVID-19?

– The word ‘pandemic’ speaks for itself. Many times we have been through low oil prices and the rise of the dollar, but no company was ready for the coronavirus. This crisis is more global and more complex. Of course, when the city and the country plunged into isolation, fell sharply the demand. If the cars don’t run, it means they don’t earn money. We managed to agree with almost all partners on more loyal terms for the period of emergency. This made it possible to save the entire fleet and not terminate contracts.

– How much did your traffic volumes decrease during the quarantine period?

– Domestic transportation of petroleum products decreased by 30-40%. For example, the Pavlodar oil refinery used to load an average of 250 cars per day, but now it only loads 30 cars.

Against the background of reduced consumption in the country, the shipment of light oil products to Central Asian countries – to Afghanistan, Tajikistan, and Uzbekistan – from Atyrau and Shymkent refineries has increased. This resulted in an increase in the average turnover of the company’s car from 10-12 days to 24 days. The reason for this is longer transport distances and longer transit times at border points.

– How did you organize work in remote mode? Were there any difficulties?

– We must understand that the management of the transportation process and interaction with customers is carried out using special software, which in the conditions of quarantine allowed us to quickly switch to remote operation. Our goal was to provide all employees with computer equipment and continuous access to the company’s servers via software. IT departments made a significant contribution to ensuring the company’s performance.

The company switched to 100% deletion. But it’s harder to work in quarantine. The working day did not last 8-12 hours, as usual, but all 24.

Perhaps in the medium term, we will draw conclusions from this situation and review some approaches to work with an eye to introducing more effective digital products.

Of course, the admission of employees at loading stations was tightened. It was necessary to provide people with special respiratory masks, gloves, and disinfectants, but all these issues were resolved quickly.

– Have jobs been saved? How has the pandemic affected your employees ‘ income?

– We know that many companies have gone to forced optimization. As part of anti-crisis measures, as a rule, first of all they reduce the staff. And this is probably the most emotional and painful procedure. Despite the decline in profitability, we have retained all our employees, which is more than 150 people. Today we can afford to continue working as a close-knit team. Employees ‘ incomes also remained at the same level as they were before the quarantine.

– Are you already making any forecasts for this year’s recovery?

“Yes, of course. We have previously determined for ourselves that everything will be fine from July. Everything will return to normal in terms of work and turnover.

– So you have quite optimistic plans?

– Yes. Freight transport was less affected than passenger transport. This will allow you to quickly catch up.

– And if we consider the transport industry as a whole? What is the situation there?

– It is obvious that the performance of the transport industry directly depends on the performance of trade. These two industries are considered by Kazakh experts to be the most affected by the restrictions imposed during the pandemic. And in General, world trade has also declined, which also affects the economy of Kazakhstan. If, in particular, we look at the volume of rail traffic in Kazakhstan for the first quarter of 2020, we do not see significant changes compared to the same period in 2019.

Bids for freight cars were leveled in the same price segment. In order to forecast changes in the transport industry, it is necessary to look more deeply at trends in trade and the purchasing power of the population as a whole.

– And now transport with China has been restored?

– It’s only a matter of time. As I understand it, China is free of the coronavirus. All the factories are fully operational.

– What are your forecasts for the post-crisis period?

– I think the amount of oil entering the refineries of Kazakhstan and Russia will not decrease.

The price of oil on the world market has fallen, so there is no point in reducing domestic processing. On the contrary, it is necessary to increase and sell the finished product for export. We hope that in the second half of the year, the loading of oil to the plants will increase.

– Do you think that the refineries will complete their production programs by the end of the year, and you, accordingly, too?

– The oil refineries will not perform, and we, accordingly, will not. But we hope that the second half of the year will allow us to catch up. And then, perhaps, we will come to what we have planned. 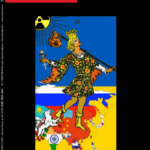 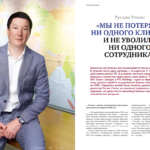 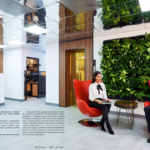 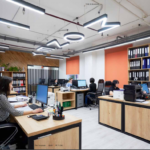 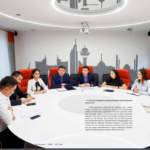 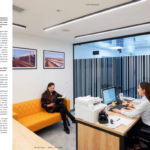