Logistics giant on right track for speeding up global trade

PTC Holding, a Kazakh conglomerate specializing in a range of transport and logistical services, recently announced it plans to open a branch in China, as part of its efforts to cooperate with more partners in the country.

The move will allow the Kazakh company to work directly with shippers from China, using a transshipment terminal built by PTC Holding at the Dostyk station near the Kazakh-Chinese border, according to Timur Karabayev, chairman of the board. 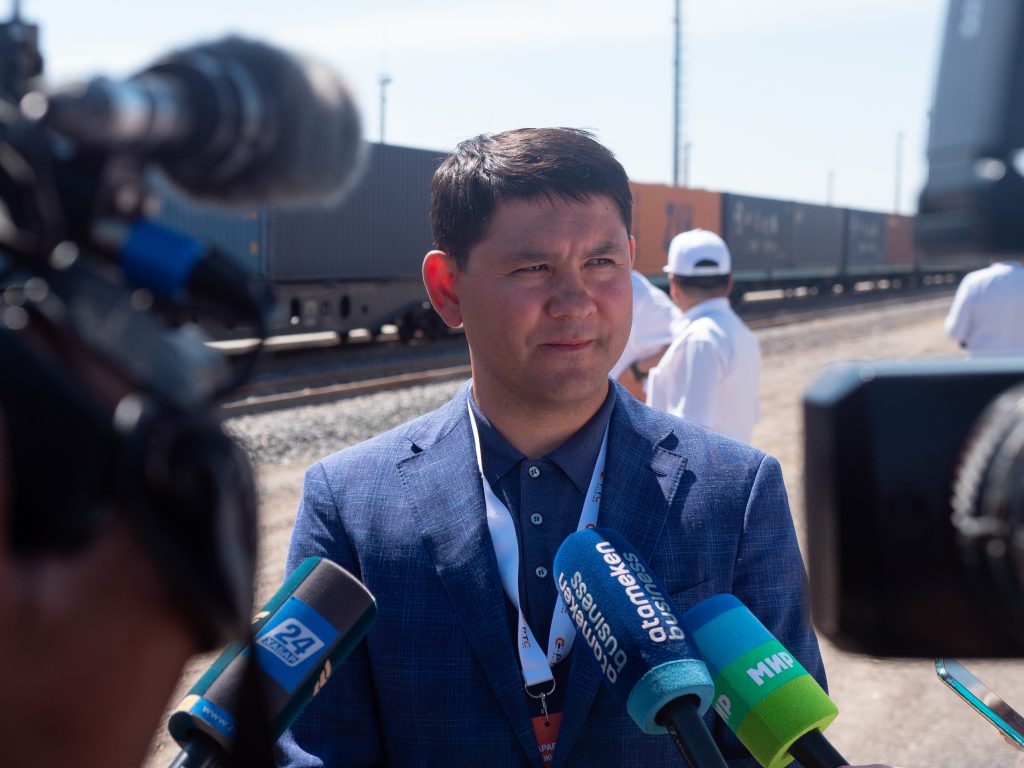 “We have planned to open our branch in China. Now work is underway to register such a company, which we previously planned to deploy in Shanghai,” Karabayev said.

The branch will not be a representative office of the group but a fully-fledged international company capable of carrying out economic activities, independently entering contractual relations with Chinese carriers and forming its own pool of customers, he said.

“We need this so that we can offer the service from point A to point B directly to the shipper, not only to the forwarder or container carrier with whom we are currently working. Because when we control logistics on the entire route, it is more convenient for us to plan the passage at the junctions. It is more convenient to plan the supply of rolling stock for these loads; it is convenient to control all aspects related to document flow and registration of transit declarations at the junctions,” the executive said.

“When our company operates all the way, we can guarantee the customer service, and when we buy services in parts from our partners or from other forwarders, we can guarantee something only from the moment when the cargo arrives at the Kazakh border,” he added. 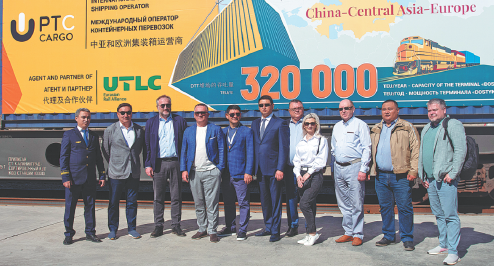 PTC Holding is an international vertically integrated group of companies, which is one of the largest owners and operators of various railway rolling stock and infrastructure in Central Asia. The group carries out cargo transportation in the direction of countries and regions including Belarus, Georgia, Russia, Kyrgyzstan, Uzbekistan, Turkmenistan, Tajikistan, Afghanistan, China, Ukraine, Mongolia, Azerbaijan and the European Union.

In 2021, the volume of goods PTC moved amounted to 14.1 million metric tons. This result was achieved both by its fleet of rolling stock of more than 11,800 units and an operational fleet of more than 14,000 rail cars. The infrastructure component of PTC was improved last summer with a multifunctional cargo handling terminal at Dostyk station with a design capacity of 160,000 twenty-foot equivalent units per year.

In May 2022, the second stage of the project was put into operation at the Dostyk TransTerminal site, which doubled the terminal’s capacity to 320,000 TEUs per year. Several hours are required to transfer containers that arrived on trains with a 1,435-millimeter gauge from China and onto trains with a 1,520 mm-wide Kazakh gauge－and vice versa. From June 2021 to April 2022, a total of 106,700 TEUs were transferred at this terminal. By July 1,2022, the volume of transshipment at Dostyk TransTerminal amounted to 129,000 TEUs.

At the same time, a subsidiary of PTC Holding－PTC Cargo, which is the operator of the new terminal－sees opportunities in the main flow of container traffic from China to Europe.

Data from the Ministry of Industry and Infrastructure Development of Kazakhstan showed that the total volume of transit through Kazakhstan in the direction of China and Europe reached 1.07 million TEUs in 2021. The ministry predicts that about 1.1 million TEUs will go through the Dostyk TransTerminal this year.

“One of the technical advantages of our terminal is the required length of loading and unloading tracks, which allows transshipment from one train directly to another, without separating trains into parts, as often happens at many other terminals,” said Olzhas Shilterkhanov, CEO of PTC Cargo.

“Before the opening of our terminal, any train coming from China was divided into two or even three parts, and they were led to different places, which affected the speed of transshipment. This is a key factor for the successful operation of transshipment terminals.

“Therefore, our ability to process the whole train that came on a narrow track and also load the whole train on a wide track is one of the competitive advantages. We can form monopolies by loading containers from several incoming trains to one going in a certain direction－this allows us to make a platform for the one-time storage of 1,200 containers, which we are also going to expand. Our main advantage is the end-to-end cargo handling technology,” Shilterkhanov said.

Having built the first stage of the terminal in 2021, PTC Holding checked that the main factor constraining rapid transshipment is the binding of all terminals operating at Dostyk to one railway track of this station.

Since the Dostyk-Alashankou international crossing serves not only container transport but universal rolling stock, “traffic jams” can occur on the tracks, delaying the departure of trains in the direction of Europe and Russia.

In this regard, PTC Holding invested 6.1 billion Kazakhstani tenge ($12.7 million) in the construction of the first stage of the terminal and 9.2 billion Kazakhstani tenge in the construction of the second stage. It uses end-to-end technology at Dostyk TransTerminal, which has its own access to a trunk road and allows trains to arrive for unloading and loading independently.

Therefore, in parallel with the construction of the second stage, a new railway siding with a length of about 13 kilometers was built and will be opened in the near future.

“Now both the entrance of loaded wagons on the narrow-gauge railway from the Chinese side and the exit on the broad gauge go through the Dostyk station. Not only containers go there but also universal rolling stock, so there is no point in doing a quick transfer there,”Karabayev said.

“The wagons still risk getting stuck at the departure station; this is where the understanding came that it was necessary to do end-to-end technology by building their own access roads to increase the speed of transfer. We have built these tracks and just the other day we received news that the act of putting them into operation has been adopted. There are still small coordination procedures, I think this work will be completed within the next month, after which we will actively use this route. And we are sure that after the launch of this infrastructure, the entire section will become more passable; the speed on it will be higher,” he noted.

All the advantages of the new terminal have attracted the attention of many international companies. So far this year, the largest amount of cargo－115,000 TEUs－was handled according to the Eurasian Railway Alliance of Kazakhstan, and Russian and Belarusian Railways. PTC Cargo provided transshipment of another 14,000 TEUs.

The range of PTC Cargo’s own projects, implemented in partnership with the Russian companies Transcontainer and LogBox, is diverse: 9,400 TEUs were sent to the Moscow railway hub so far this year; 3,100 TEUs to Europe; and 1,300 TEUs to Uzbekistan. The TEUs were made up of Kazakhstani goods shipped by container. At the same time, private companies are showing increasing interest in the possibilities of the Kazakhstan terminal.

“If we look at the results of our terminal’s operation from June 2021 to April 2022, we will see the prevalence of the joint venture United Transport and Logistics Company-Eurasian Rail Alliance projects.

“In the period from June 2021 to April 2022, the railway alliance accounted for 95,500 out of 106,000 TEUs, which is more than 80 percent of the total volume. And now, if we take the results from June 2021 to June 2022, this ratio is already 60 to 40 percent. The most important thing is that such a redistribution does not occur due to a decrease in volumes on the part of UTLC ERA, but due to a constant increase on the part of other operators,”Shilterkhanov said.

“In addition, this is a fundamental moment for us. We do not lose volumes from our ‘anchor’ clients. At the same time we increase the portfolio of orders from other market structures, and find new partners. And if everything develops further along, we will need to think about the construction of the third stage of Dostyk TransTerminal,” he said.

According to PTC Holding’s plans, the third stage of the terminal should be built by 2025. However, the trend toward increasing flows is making them consider adjusting these plans.