This opinion is expressed by private carriers following the pilot project.

Today, June 10, as was announced by representatives of JSC «NC «KTZ» at the meeting of public council of SWF «Samruk-Kazyna», the «pilot project» on the admission of private carriers to the services of the main railway network (MWS) has ended. However, it was not possible to achieve all the goals set during this period.

In order to develop competition, a pilot project was launched in November 2018, in which the transport of goods in addition to KTZ-Freight began to carry out two more carriers, who were provided with access to the services of the main railway network in accordance with the established procedure.

«Before the pilot project the whole system was oriented to one entity – LLP «KTZ-Cargo Transport». The aim of the pilot was to work out a lot of technological and legal issues, to ensure the integration of information systems and to develop a regulation that ensures, first of all, the safety and efficiency of cargo transportation», – said Yevgeniy Bolgert. 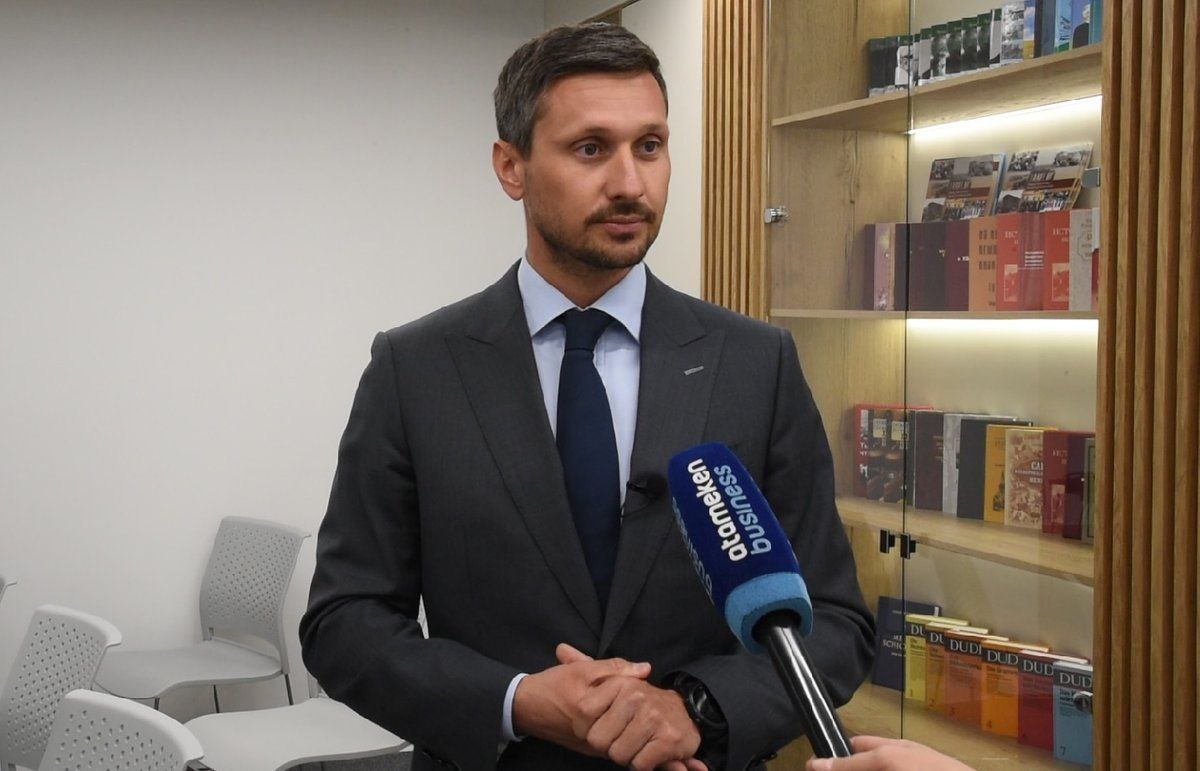 Since last December, neither the National W/D nor the Ministry of Industry and Infrastructure Development have approved the changes and additions to the Provisional Regulations agreed by the parties, which should determine the algorithm of technological interaction and joint work of carriers with infrastructure operator (approx. JSC «NC «KTZ»). It was supposed to set the term of the Rules until 2023, and during this time to prepare a package of amendments to the NAP, to implement a large set of activities included in a separate road map. This uncertainty has created a «legal hole» in the relationship between private business and the monopolist.

«Unfortunately, the changes agreed and signed by private carriers in the «Rules of Technological Interaction of the National Infrastructure Operator and Cargo Carriers in the Organization and Implementation of Cargo Transportation», including its extension until 2023, Neither signed by KTZ nor signed by the Ministry of Industry and Infrastructure Development», – said the head of the Association of Kazakhstan Rail Freight Carriers Yevgeniy Bolgert.

According to the conclusion of the Agency for the Protection of Competition, recorded in the Concept of the Protection and Development of Competition in the Republic of Kazakhstan until 2026, «the results of the analysis of the rail freight market showed that this market is highly concentrated, with poor competition». The main market share belongs to LLP «KTZ-Cargo Transport» (subsidiary of JSC «NC «KTZ»). Today, KTZ-Freight occupies a 100% share in the segment of international transport (import, export and transit) and more than 90% in the cargo turnover in intra-republic traffic.

According to the results of the «pilot» it was planned to prepare the necessary legal framework, allowing by means of competition and attraction of private capital to actively develop this segment of the market.

This is confirmed by international and Kazakh experts. According to the opinion of the consulting company Roland Berger, which specializes in strategic consulting in w/d industry, whose clients include such companies as Deutsche Bahn – railway operator in Germany, «The national cargo carrier has an acute shortage of locomotive traction, and the level of debt burden of JSC «NC «KTZ» will not allow to cover the need to purchase locomotives until 2032».

Private carriers could address this problem. So the locomotive of the participants of the pilot project already has 69 main electric locomotives and 16 diesel locomotives. And there is a potential for its expansion. 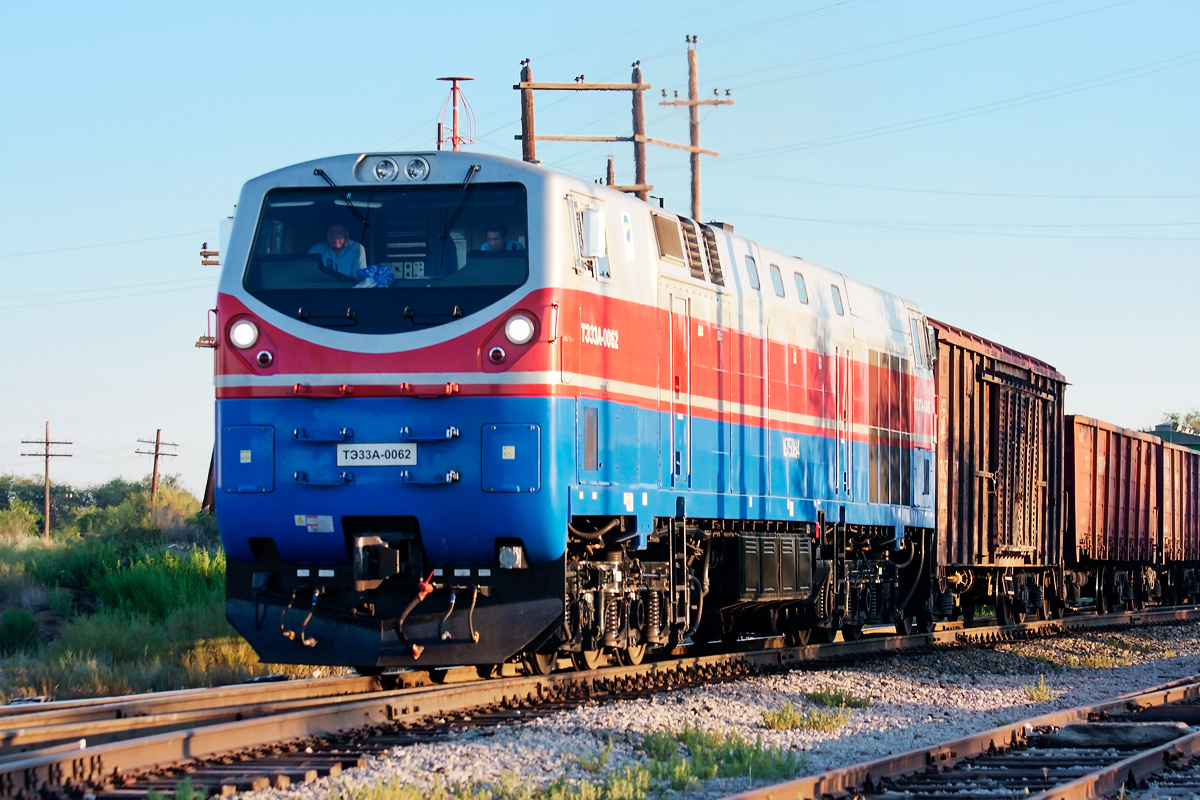 The practical results of the experiment involving private carriers in the transport of goods showed a positive effect. On certain routes, the weight of the train increased by 9% (by 585 tn), which reduced the number of trains by 3.9 trains, improved the turnover of empty cars by changing the technology of the carrier, and improved on average by 14-15% the turnover of block trains. In addition, the profitability of coal transport has been improved.

The necessary conditions must be created for the expansion and renewal of the locomotive fleet. At a minimum, a medium-term planning horizon is needed. While access to the network by private carriers is granted by the national infrastructure operator for only one year. At the legislative level, access to long-term contracts was possible for a period of five years.

The cost of one main locomotive varies today on average from 4-6 million dollars. Short-term annual contracts for access to the trunk rail network limit private carriers from seeking debt financing. This worsens the investment climate in the sector and restrains investment in the industry, and thus, in general, the development of the freight transport market in the country», – said Yevgeniy Bolgert.

As Yevgeniy Bolgert notes, since the beginning of this year the work of expert groups (on improving the interaction of carriers and infrastructure operator), which was conducted on the site of KTZ with the participation of private carriers, has ceased, And declarations of willingness to compete are in fact at odds with actual actions. The process of demonopolization of freight/ transport is being delayed.

The Association of Kazakhstan Rail Freight Carriers is really looking at the situation and propose, at a minimum, to extend the temporary regulation until the end of this year, resuming the work of the relevant commissions to complete three years of work.

This is particularly important in view of the fact that about 50 licences for this activity have already been issued in the country, as well as the launch of applications for access to OLS sites from private carriers for 2023. In addition, according to Yevgeny Bolgert, it is necessary to adjust the approaches to licensing the activities of freight carriers and to introduce a categorization of «local» and «general networks», providing appropriate sets of qualification requirements.

We believe that any subject that enters the freight transport market should first accumulate the necessary experience at the local level and only then go to the whole network. At the same time, you need to make your «contribution» to filling the deficit and renewal of the locomotive park in the republic. Effective solutions are needed to provide incentives and additional opportunities to attract investment in this sector. First of all, private investment. Because the national carrier (KTZ-SP) investment opportunities are limited. There is a regulated tariff, which cannot be raised so as to compensate for the loss of the park and catch up with the deficit that we have with the rolling stock», – said the head of the Association of Kazakhstan Freight Railway Carriers.