RUSSIAN.NEWS.CN: Commissioning of a new transport terminal increases the transit potential of Kazakhstan within the “Belt and paths” and “Nurly zhol”

The opening of a new transport terminal in Almaty region allows Kazakhstan to increase the transit of container trains from China to Europe.

“Belt and Path” initiative aims at increasing transit flows from China. And in general, we are doing everything necessary for the growth of transit transport, including within the framework of the development of Kazakhstan’s “Nurly Zhol” /”Bright Way” programme/. Increasing transit capacity is one of the main strategic tasks in Kazakhstan,” said Xinhua recently in an interview with PTC Cargo General Director Shingys Tuleushin.

He noted that in June a new terminal was opened in the Almaty region of Kazakhstan for transhipment of goods and containers from the railway gauge of 1,435 mm /China/ to the gauge of 1,520 mm /Kazakhstan/. Dostyk TransTerminal is located on an area of 150 hectares in close proximity to the border crossing Dostyk — Alashankou.

“The terminal is very important. Since its opening on June 4 this year, the number of trains in general on the territory of Kazakhstan from China increased for three container trains daily. This has a positive impact on transit capacity. We are ready to accept up to six container trains per day for handling, trans-shipment and dispatch,” said the head of PTC Cargo. 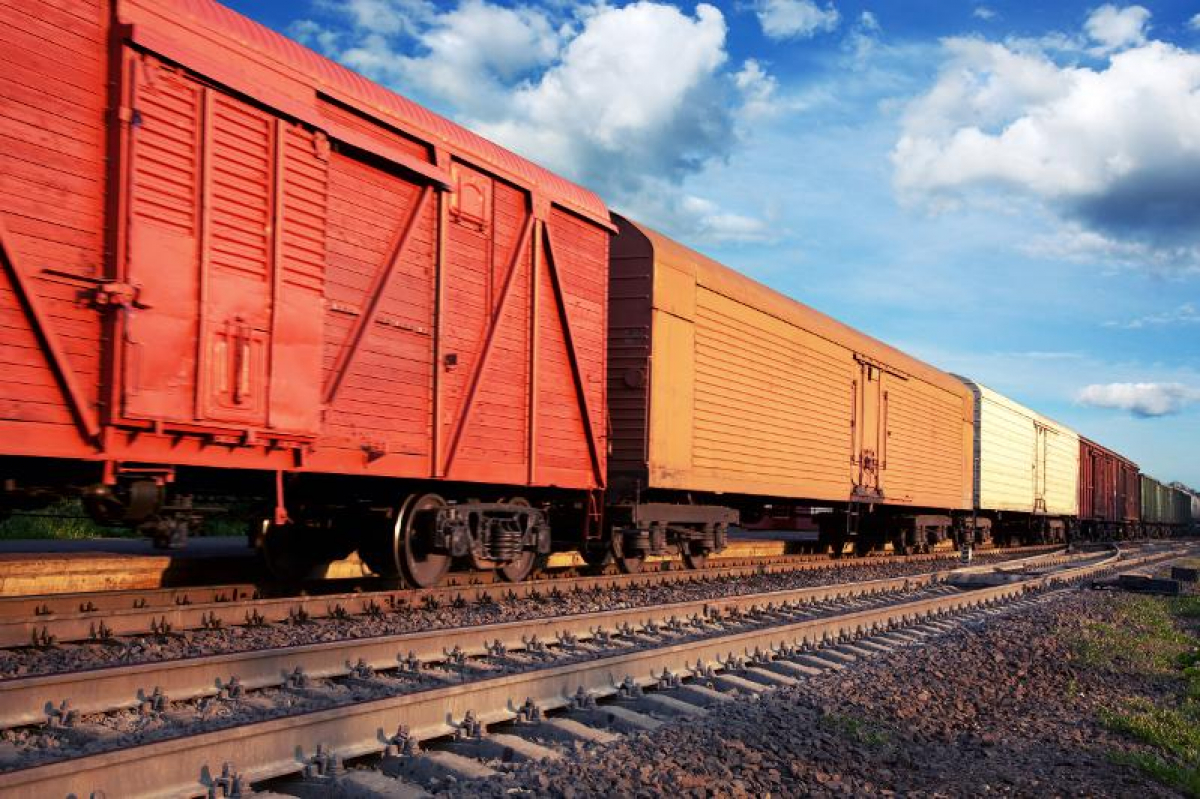 According to Sh. Tuleušin, the length of the terminal in 850 meters allows you to take the container train whole. The overload takes 50 minutes. To increase the speed of delivery, three trains often form two and send to Europe. In this way the profitability of transportation is increased, and the customer receives additional service.

“Dostyk Station provides 70 percent of the container flow between China and Europe. This is very important. And the main stream at the moment receives the container platform Dostyk TransTerminal”, – said W. Tuleushin.

The head of the new terminal, Maksat Uvakbayev, said that on his territory there are garages for storage and operation of loading and unloading equipment, administrative and household building and operating room for timely and rapid processing of transport documents. The number of personnel will be about 100.

“To date, we have received about 100 container trains from China and sent over 90 trains. The construction of our terminal has a beneficial impact on the capacity of the Dostyk station, which in turn will increase the transit capacity not only of the station, but of the whole country,” said M. Uvakbayev.

According to “Kazakhstan temir zholy” / “Kazakhstan Railways”/ the Dostyk station is building four new and upgrading two existing transhipment terminals. The implementation of these projects will increase the capacity for trans-shipment from 344 thousand. to 1.7 million containers per year by 2025.

Over the past 10 years, more than 33 thousand container trains have passed from China to Europe and back through Kazakhstan. Of these, 53 percent have passed. through the border crossings Dostyk — Alashankou and Altynkol — Khorgos.

Today, container routes through the territory of Kazakhstan are in the directions of China – Europe, China – the countries of Central Asia, China – Russia. Traditionally, the main transit volume is the China-Europe-China route. Despite the pandemic and quarantine, the volume of transit container transportation in Kazakhstan in 2020 increased by 65 percent. and amounted to 517.5 thousand. containers.