Railway Rolling Stock Operator
of the Republic of Kazakhstan

The first container train with household appliances of the second stage of the terminal departed via Zhengzhou (China) – Duisburg (Germany). 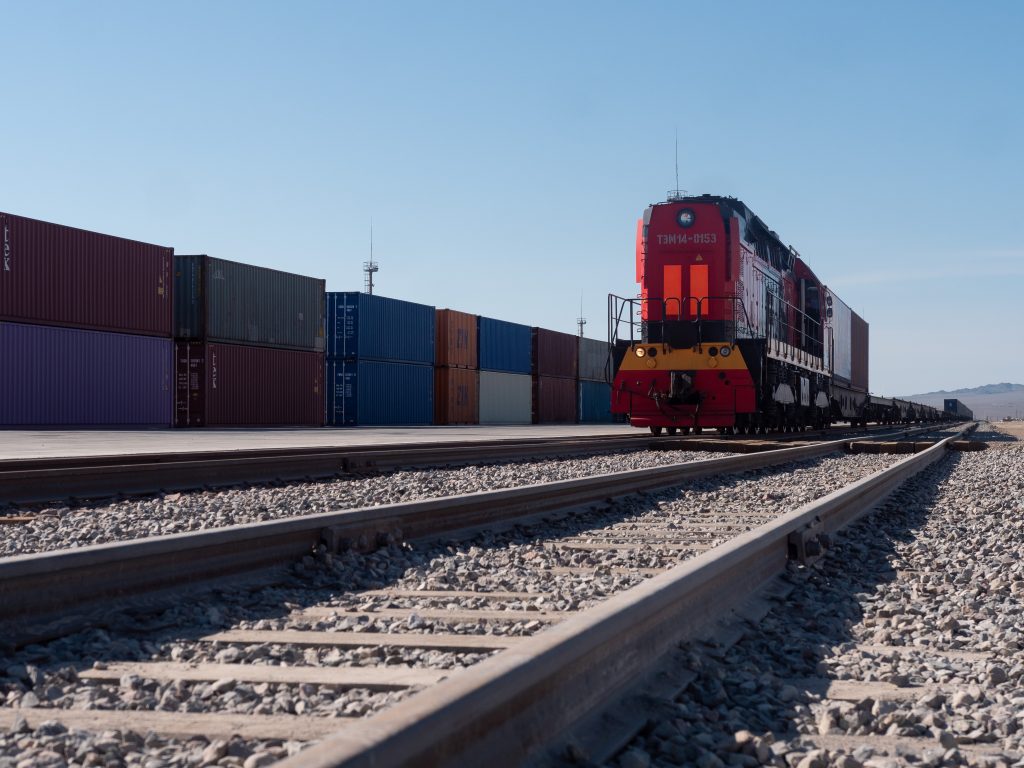 At the Dostyk station (border of Kazakhstan and China) the second stage of the multifunctional freight terminal has been put into operation, which will increase the capacity of this node from 160 thousand. to 320 thousand. TEU (20-foot equivalent) per year.

The first stage of the Dostyk TransTerminal terminal, which allows the same “apron” to pass container cargo from a train coming from a narrow gauge (1,435 mm) to a train capable of transporting cargo on a wide (1,520 mm) and also in the opposite direction, was commissioned less than a year ago. And from June 2021 to April 2022 its production potential (160 thousand. TEU – the 20-foot equivalent) was almost entirely engaged in the service of various transport companies.

“We assumed that the volumes of trans-shipment from track to track will grow, that the interest in the Kazakh-Chinese border crossing will grow, – says the head of the largest in Central Asia transport and logistics Group PTC Holding Timur Karabayev. –  In June 2021 we launched the first stage of the terminal, and already in August-September last year we realized that the volumes of this first stage are filled, while the interest of our customers in additional volumes remains. That is why the second stage started so quickly and that is why it was built so quickly – and we see that after the first year of operation many companies from the business community of Russia, Belarus, Uzbekistan, European countries are interested in using our terminal and its possibilities”.

In this connection, less than a year later, the terminal’s parent company, PTC Holding, invested 9.2 billion tenge in the construction of the second phase of Dostyk TransTerminal, which used “end-to-end technology”. The transceiver tracks here are outside the main road to the station “Dostyk”, connecting with it through a new junction outside the station: similar paths to them have been provided from the Chinese side. For this purpose, the investors of the project had to invest in 13 km of new canvas, giving them additional advantages.

“In my opinion, today’s event is not only of Kazakh scale, I think it is a large-scale Eurasian event, because the opening of such a terminal is, of course, a growth point not only in Kazakhstan, but throughout the Eurasian Economic Union said the General Director of the Eurasian Railway Alliance of Kazakhstan, Russia and Belarus “OTLK-EPA” Alexey Grom. –  This is the point of growth of our partners and colleagues in China, Europe and Central Asia, such projects unite countries, unite companies, unite people. My colleagues and I exchanged a memory today: for 10 months, few believed in the industrial number of trains at the first stage, the difficulty of a lack of capacity less than a year later due to the influx of customers. But today we are opening the second stage, and the terminal employees are already showing us where will be the third and fourth – I can say from OTLC EPA that we are ready to come here every 10 months, if at such a speed new capacities will be opened”. 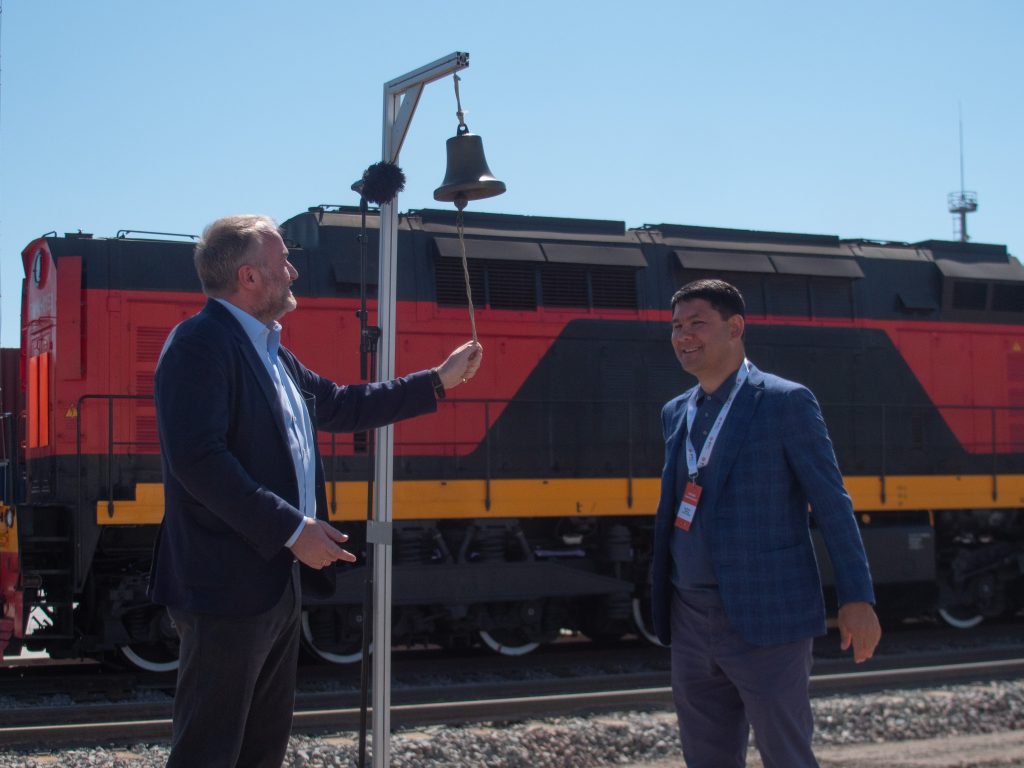 «Through-through» Dostyk TransTerminal technology allows, among other things, to form monotrains, when due to the ability to store part of incoming containers for one sent to Europe, Russia or the countries of the Central Asian region can load cargo for one consignee from different trains arriving from China. In addition, such monotrains can be formed for one destination station, which operates several terminals – Dostyk TransTerminal at the request of the customer can form different trains for each of them in order to, so that at the final point it is not necessary to drag the cars from the same convoy on different deadlocks. All these capabilities of the new infrastructure have been demonstrated to foreign partners.

The 13-kilometer section of the railway infrastructure, which connects the second stage of Dostyk TransTerminal with the highway, will be transferred to the balance “Kazakhstan Temir Zholy”. And it will become a regular tariff area of the railway, equipped with all the standards of the national company. In the future, the number of access roads on this section may increase. As you know, the national company “Kazakhstan Temir Zholy” is implementing a program to expand the capacity of the Dostyk – Moyinty section of 830 kilometers. It is expected that this section will be actively developed in connection with the growth of transit traffic from China to Europe and in the opposite direction, so that the construction of a new intersection, harmoniously fit into the plans of the national company and the state.

“This terminal is a very important point on the map of our part of the continent’s routes, it is a very important link of those big countries that trade on this part of the land, – said one of the leaders of the «Transcontainer” Nikita Pushkarev. – Today we saw the modern, high-tech, secure terminal. In international trade, he concluded that security and technology were determinants of competition”.

“Our company is cooperating recently, but successfully, we have overloaded more than 3 thousand at this terminal. TEU, we have turnover on joint projects about 1.5 billion tenge, – says General Director of Moscow “Logbox” LLC Yuri Sukmanov. – We launched the first monotrains, including – and in Kiev, I hope that we will continue this project. The current situation shows that you need to invest in your country, and it is important that this terminal is open to all of us”.