KAZAKHSTAN WILL BUILD A TRANSPORT AND LOGISTICS TERMINAL NEAR TASHKENT

Today, the Presidents of Kazakhstan and Uzbekistan launched a new project – the construction of the largest transport and logistics center near Tashkent. The project operator will be a subsidiary of PTC Holding — PTC-CA. The center itself will be located on the territory of the Yangiyul district of the Tashkent region, 10 kilometers from the capital of Uzbekistan. It is assumed that the total area of warehouses will be 248,000 square meters, the total capacity of railway tracks – 1,240 wagons and 11,100 containers.

Kassym-Jomart Tokayev and Shavkat Mirziyoyev attended the ceremony of the official launch of the project for the construction of a modern multimodal transport and logistics center in Uzbekistan. Kazakhstan’s RTS Holding and Halyk Bank, as well as the khokimiyat of the Tashkent region and Uzbekistan’s VUONO CAPITAL LLC signed a corresponding memorandum. The document notes that the parties are implementing this project based on the fact that there is an urgent need to create a support logistics center for the transportation of goods from the People’s Republic of China, Southeast Asian countries, South Korea, the Commonwealth of Independent States, Georgia and the Baltic States, Afghanistan, Pakistan, India, Iran and the Persian Gulf countries to the Republic Uzbekistan and in the opposite direction, which will lead to an increase in the transit cargo flow of the Republic of Kazakhstan and the Republic of Uzbekistan through operational consolidation and the possibility of forming container trains, and, Therefore, it will give a significant boost to both the transport industry and, in general, increase the economic potential of Uzbekistan and Kazakhstan. 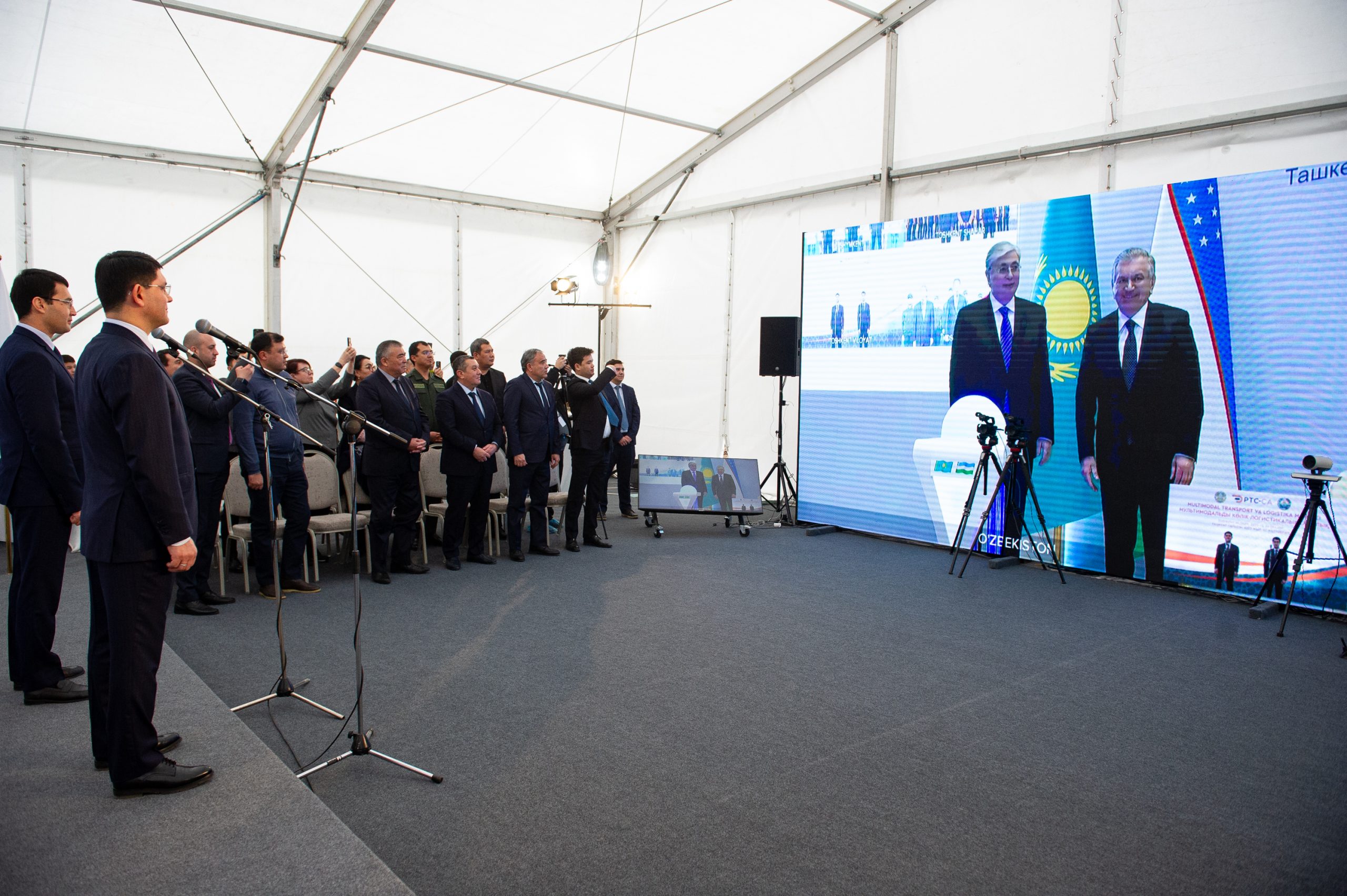 The first stage of the project is planned to be implemented in 2023-2026. As part of its implementation, it is planned to build about 24 km of railway tracks, a storage area for 2,400 containers, a Class A warehouse with an area of more than 22,000 m2 and other related engineering infrastructure to support the terminal’s activities. According to the signed memorandum, Halyk Bank is ready to provide financing for this in the amount equivalent to about 70 million US dollars. The operator of the project will be a subsidiary of PTC Holding — PTC-CA.

“Today, the transport corridors of Central Asia demonstrate the dynamics of steady growth in freight traffic and mutual trade between our countries, as well as with China, the Russian Federation, the countries of Europe, South Asia and the Persian Gulf. In order to further benefit from the transit opportunities of our countries and, in general, cargo flows in Central Asia, it is necessary to create a modern transport and logistics infrastructure,” said Daniyar Abulgazin, a representative of PTC Holding. The implementation of this joint project will create a reference transport and logistics center in Central Asia using the best international practices for the acceptance and dispatch of various cargoes, including storage and warehousing of containerized cargo and agricultural products, operational consolidation and formation of container trains, and will also contribute to an increase in trade volumes up to 10 billion US dollars between Kazakhstan and Uzbekistan.

Today, the TLC market of Uzbekistan is characterized by a high level of deficit against the background of the dynamic development of the economy in the current conditions. The implementation of the above-mentioned project meets all the requirements and challenges of the production and consumption markets of Uzbekistan. In addition, taking into account the currently planned projects for the construction of railways in the directions of China (Kashgar) — Kyrgyzstan (Torugart—Jalal-Abad) — Uzbekistan (Andijan) and the “Kabul” corridor (Mazar-I—Sharif – Peshawar) will increase the attractiveness of transit overland transportation through Kazakhstan and Uzbekistan, which it will bring additional contributions to the economies of the countries.

Over the past 10 years, PTC Holding Group has invested more than 200 billion tenge in the innovation of freight cars and the construction of modern railway infrastructure in the Republic of Kazakhstan.

Today, PTC Holding Group holds a 15% share in transit container transportation in Kazakhstan due to high-quality service and its own infrastructure in the form of a multimodal container terminal on the border of Kazakhstan and China at Dostyk station, as well as partnerships with leading global companies. Over the last year and a half of work, the volume of traffic amounted to 192 thousand TEU.