TENGRINEWS: Kazakhstan will build a transport and logistics terminal near Tashkent

The construction was started today by Presidents Tokayev and Mirzoev personally in Tashkent. On the eve of the Kazakh “RTS Holding” and Halyk Bank, as well as the Khokimiyat of the Tashkent region and Uzbek LLC “Vuono Capital” signed a memorandum on the construction of a logistics center with a total cost of about $ 300 million. 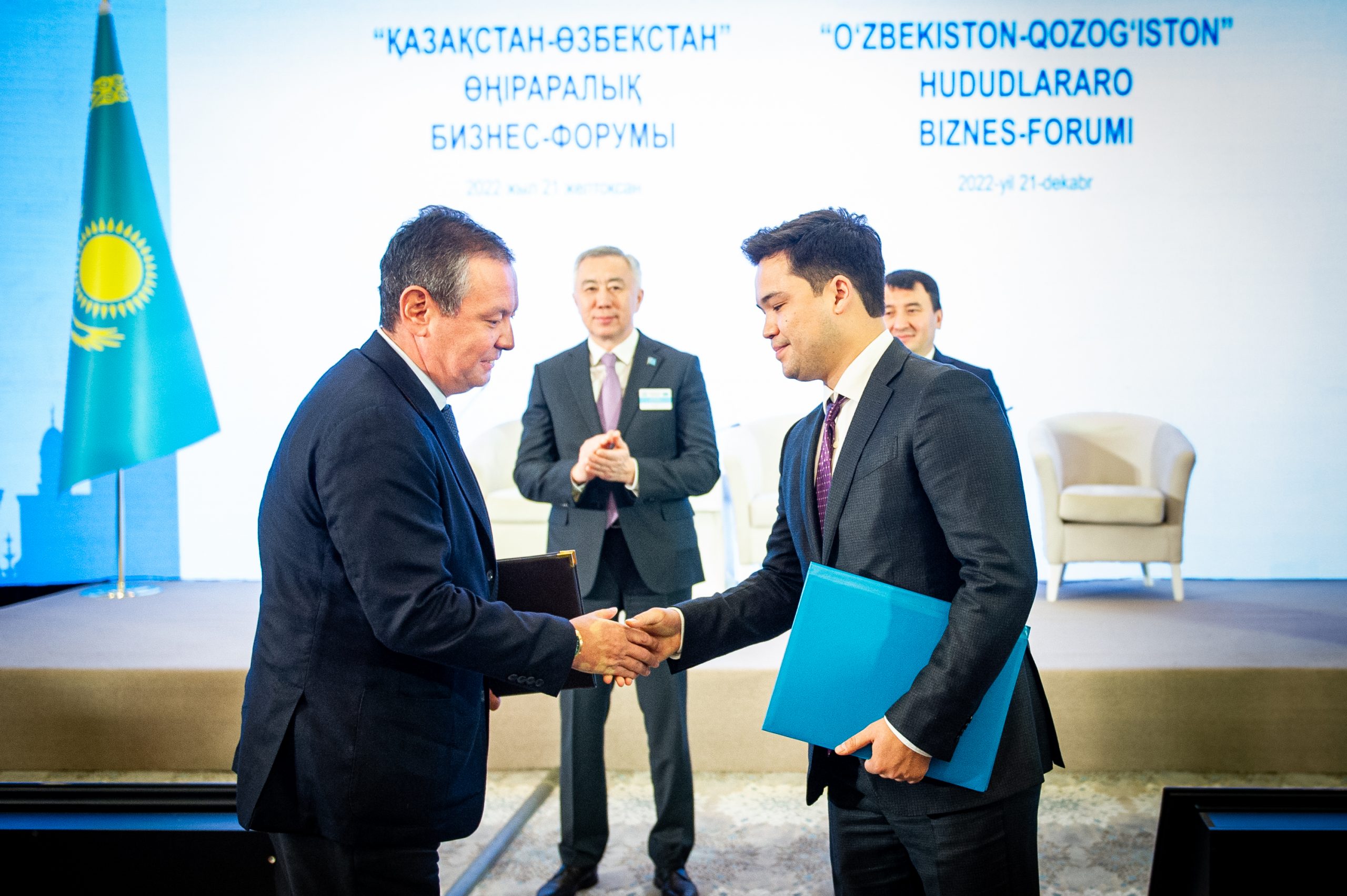 “In Kazakhstan and Uzbekistan, the tasks of developing transport corridors and improving logistics are priorities for maintaining and increasing freight traffic volumes, which, in turn, will have a multiplier effect on the region’s economy and give an additional impetus to business partnership between the business communities of our countries,” said Daniyar Abulgazin, a representative of RTS Holding.
For Kazakhstani business, this means, firstly, direct participation in transnational transport and logistics projects by investing their own capital and applying accumulated competencies. Secondly, it dramatically increases the chances of retaining new volumes of cargo traffic planned for transportation through the projected China (Kashgar) railway – Kyrgyzstan (Torugart – Makmal – Jalal-Abad) – Uzbekistan (Andijan). And, thirdly, building optimal cargo flows to the countries of Central Asia by sending trains from the container terminal at Dostyk station through integration into international transport routes. The first stage of the project is planned to be implemented in 2023-2026. As part of its implementation, it is planned to build about 24 km of railway tracks, a storage area for 2,400 containers, a Class A warehouse with an area of more than 22,000 m2 and other related engineering infrastructure to support the terminal’s activities. According to the signed memorandum, Halyk Bank is ready to provide financing for this in the amount equivalent to about 70 million US dollars. The operator of the project will be a subsidiary of RTS Holding – RTS-SA.
In general, the project provides for the construction of railway infrastructure, including railway tracks (37.2 km long), container platforms with the possibility of simultaneous storage of more than 11,000 containers, modern warehouse complexes of class A, A+ for loading and unloading, storage and handling of various cargoes, including those requiring a certain temperature regime with a total area of 248 000 m2. At the same time, the total investment is estimated at about $ 300 million.